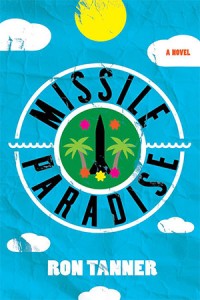 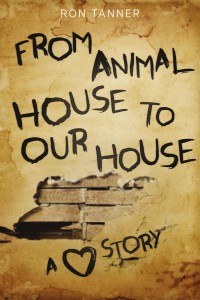 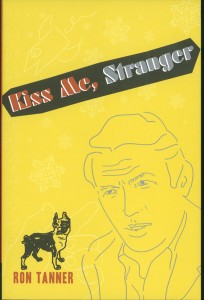 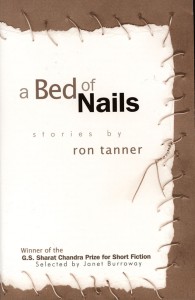 Or buy a signed copy from Ron’s online shop!

Named a “Notable Novel of 2017”
by the American Library Association In a mid-Pacific island nation, American engineers and programmers are making and testing missiles. Their hosts, the Marshallese, sweep their streets and clean their houses. It’s 2004, the Iraq war is heating up and Americans are wondering why the world seems an increasingly inhospitable place for them.

Sequestered on Kwajalein, an island hardly larger than a shopping mall, this American community of 2,500 civilians seems the embodiment of the American dream, like a frowzy, white-washed beach town forgotten by time. Americans who come here- – school teachers and nurses and engineers contracted by the U.S. Army to support the missile test site- – believe that they are getting away from it all. But they quickly discover that they have brought their problems with them. At turns comedic and nearly heart-breaking, the characters’ struggles for love, success, acceptance, and peace of mind in Missile Paradise illuminate the difficulties and contradictions of life in the twenty-first century. Ron Tanner’s imagination astounds me. It’s been a long time since I’ve met a group of characters as uniquely flawed and uniquely enthralling as those who populate his fabulously tragicomic novel MISSILE PARADISE. You will follow them to the ends of the earth to find out what happens–and I mean that just about literally.

A moving, ethnologically brilliant tale of imperialism and insularity, this is one of those rare novels that actually opens our eyes. Wonderful stuff.

Joseph O’Neill, NYT bestselling author of Netherland and The Dog

Missile Paradise is a breathtaking example of narrative control, the way Ron Tanner so effortlessly weaves his threads together. This is a unique, complex, and compelling story–unlike anything I’ve read before.

Ron Tanner is a gripping and transformative writer and Missile Paradise is exactly the sort of novel I want to read, stepping away from America to look back at it with a fresh set of eyes and recalibrate the lens through which we define who we are. From Animal House to Our House: A Love Story

Ron Tanner tells the story of his adventures with girlfriend Jill as they attempt to save and restore a grand old Baltimore Victorian that was wrecked by a notorious fraternity. With Illustrations by the author.

“When I was a few pages into From Animal House to Our House, I wanted to shout, ‘Go back! Go back!’ But Tanner and his girlfriend persisted with their daunting home-renovation project, and ended up with (spoiler alert) a beautiful house, a marriage that survived beyond the last page, and an excellent book. And the man is a talented illustrator as well: he draws a mean perforated PVC drainpipe. This is the perfect read for anyone who has ever wandered the aisles at Home Depot in a blissful daze.”

I might seem the worst possible person to comment on Ron Tanner’s memoir as I am totally uninterested in old houses and home renovation. Actually, this makes me the perfect person. Can you imagine how good a book it would have to be for me to like it? For me, the introspection, the humor, the incredible wisdom about bugs, the love story and the charming illustrations had to carry the book. They certainly do. Tanner is a master of small, sharp, hilarious insights, such as “There was no middle ground for mom. Either our lives were pitiful or miraculous.” I love that.

Marion Winik, author of Glen Rock Book of the Dead

“FROM ANIMAL HOUSE TO OUR HOUSE: A LOVE STORY will sweep you off your feet the way traditional love stories do, but with one difference: you’ll also fall in love with the house. In this truly compelling story, love and a nail gun conquer everything.”

“Ron Tanner’s life is a testament to the power of hard work, a big heart, blind romance, and even outright idiocy. What does he have to show for it? Only a beautiful house, a loving marriage, and now this inspiration of a book. Pass me my hammer!”

“I fell for the house, I fell for the girl (and, predictably, her dowager of a basset hound), but most of all, I fell for Ron Tanner, one very fine storyteller. I’m still a bit stunned that I could become so entranced by a tale involving rehab nerds, real-estate shysters, frat-house vandals, Dumpsters, rats, and a whole lot of tools, but I’m enough of a writer to know this: when someone of great heart meets the most deeply personal challenge of a lifetime—especially when it seems strange or insane to just about everyone else—that’s the place where the best and most moving stories begin. For Ron Tanner, it began with a woman wrapping glasses in an antique shop . . . and a small sign in a Baltimore window. How little he knew of what was to come, and how glad you’ll be that he never backed down.”

Julia Glass, author of Three Junes and A Widower’s Tale

“In addition to being a love story, a how-to guide, an urban adventure, and even a coming-of-age memoir, From Animal House to Our House is a classic American tale, a portrait of an artist compelled to replace destruction with dignity, to consecrate the past, and to create – via hope and sweat – a life of beauty and meaning. It’s rare for a book to appeal to poets and plumbers, but Ron Tanner’s experiences are intensely human; this book is for anyone who’s ever been seduced by a dream and yearned for the deepest sort of restoration.”

Lia Purpura, author of On Looking and Rough Likeness

“Ron Tanner weaves the tale of saving an old house that seemed beyond repair with the story finding the love of his life and reflections on his own life story. I was completely drawn in to the details of the renovation, though I’m not handy myself at all. I had to ration my reading out; I was eating it up, but didn’t ever want to get to the end. There’s something in this book for everyone. What a fantastic read!”

Watch the “From Animal House to Our House” Trailer

Buy a signed copy of From Animal House to Our House! Kiss Me, Stranger: an illustrated novel


Warning: preg_match() expects parameter 2 to be string, array given in /home/customer/www/ronaldtanner.com/public_html/wp-content/themes/bridge/vc_templates/vc_empty_space.php on line 12 Ron Tanner’s illustrated novel, is a marvel of invention and vision as it follows the fate of a mother and her fourteen children in a small war-torn nation built on landfill.

Here is a mordant romp, a ballad in the key of grit. Kiss Me, Stranger posits a cartoon future uncomfortably credible, in which scrap iron is more valuable than gold, rival militias are interchangeable, and the garbage rises to engulf us. How remarkable, then, that children, generosity, resilience, and love still tug at us in the old way. Bravo!

Ron Tanner’s amazing amalgam of a book, Kiss Me, Stranger, has done the impossible, namely, simultaneously alloying a dark dystopic landscape with a dreamy demonicly manic state of stone-cold wonderfulness.  This book out-hybrids any hybrid you can imagine, cobbling it together (with shit-kicking genius) inside the gaping maw of awe, deep, deep in our big ol’ oxygen starved brains. Stunning. Ron Tanner has all the right wires crossed in his head, his imagination smoking, short-circuiting, his sentences snapping with a wild electricity in KISS ME STRANGER, a dystopic novel that reads like some wonderfully disturbed bastard child of Vonnegut and Orwell.

Ron Tanner’s KISS ME STRANGER would be remarkable for the eerie simplicity of the text alone, but his seemingly guileless illustrations flip this impressive book into another dimension, well outside the spectrum of post-apocalyptic narratives than runs from RIDDLEY WALKER to THE ROAD.

Beautiful and absurd, clever and inventive, Ron Tanner’s speculative eco-fiction is a terrifying story for our times.

Michael Kimball, author of Dear Everybody

Buy a signed copy of Kiss Me, Stranger! A Bed of Nails: stories

Ron Tanner’s debut collection of stories, A Bed of Nails, was the winner of the first annual G. S. Sharat Chandra Prize for Short Fiction, in a national competition sponsored by BkMk Press.

My choice for the first G. S. Sharat Chandra Prize is A Bed of Nails. The author is fabulously imaginative, experimental, witty, often breathtaking. The series of ‘Revolutionary Militia’ stories that thread the collection, and which are not science fiction so much as eco-fiction, have an eerie convincingness. Both male and female voices are handled beautifully, although the prose is what we’ve come to call ‘muscular.’ At first I felt that this was actually two collections, one concerned with life as we know it and one as we fear it will be-but came to believe that the worlds are perfectly married through their askew inventiveness and their witty contemporary language. It’s very assured and audacious work.

A Bed of Nails went on to win the Towson Prize for Literature for the best book by a Maryland author. Administered annually by Towson University, in Towson, Maryland, the prize is granted on the basis of literary and aesthetic excellence as determined by a panel of distinguished judges appointed by the university. The first award, made in the fall of 1980, went to novelist Anne Tyler.

Other accolades for A Bed of Nails:

Ron Tanner is a writer with versatility, elegance, and wit to burn, but in the end his greatest gift is his ability to penetrate the hearts of whatever characters he’s chosen to inhabit and take us in there with him. When we return to hearts of our own, they feel just that much larger. A Bed of Nails remains one of the most beautifully strange and unpredictably moving story collections I have ever read.

Julia Glass, author of Three Junes and The Widower’s Tale

The stories in Ron Tanner’s wonderfully ingenious and diverse collection create a whole new image of the complex interrelationships between art and life. A Bed of Nails is a rigorous pleasure.

Ron Tanner has a talent for creating stories that provoke his characters and readers to come to terms with risks-physical, emotional, and political. A compelling collection.

Assignment: Combine the tender realism and precise social observation of an Alice Adams with the wild machinations of a Donald Barthelme. Logically impossible, you say? Not for Ron Tanner, as his startling debut collection-with its clever premises, moving material and wildly imaginative details-proves.

In these thirteen diverse and nimble stories Ron Tanner juxtaposes raging tales of war with intense daily dramas where the dangers are more to the spirit than the body. The four war stories–which could be set in many countries–present a gruelling, tender, unsentimental portrait of a family fragmented by struggle against dictatorship. In his wry, unblinking style, Tanner also writes about a sales woman looking for love in a shopping mall; a Hollywood monster actor searching for his identity; a drummer who chooses between human love and artistic devotion. Throughout the book, one trusts the intelligence, research and genuine compassion of the author. Tanner’s approach is always enlighteningly unpredictable as he explores themes of longing, loss and survival. The Day His Wife’s Face Froze is a crucial reminder about the line between the folly of anticipation and the necessity of hope.
Valerie Miner

Buy a signed copy of A Bed of Nails!