27 Nov A Group of Cats is Called a “Clutter” 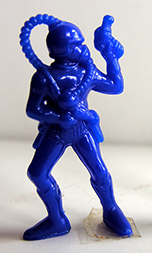 For the past several months Jill and I have been selling stuff at a local auction house: antique toys, old magazines, paintings, jewelry, furniture, pottery, etc. Don’t get me wrong: it’s not like we’re emptying the house. Yes, we need the money for Jill’s medical bills but also we’re eager to downsize as much as we can. Call it clearing the decks, eradicating distractions, whatever.  Before moving to this farm, we had every intention of downsizing. Ironically we didn’t do that. In fact, we now own 15 buildings. And those buildings are brimming with tools, supplies, machinery, and materials necessary for farm upkeep. But our personal belongings, the collections Jill and I have accumulated over the years, those have got to go.

Most recently we off-loaded the bulk of our vintage Christmas decorations, boxes and boxes of ornaments from the 1960s and earlier. Also my toy collection, forty years in the making. And vintage magazines, fanzines, trading cards, antique books. So much cool stuff that’s been packed away in boxes. What’s the point of having all this stuff if you never see it? I’ve kept my favorite pieces, of course. I’m not a monk and I’ll never be a minimalist, though I appreciate the idea. Marie Kondo would have a seizure if she beheld our quirky, cluttered home. 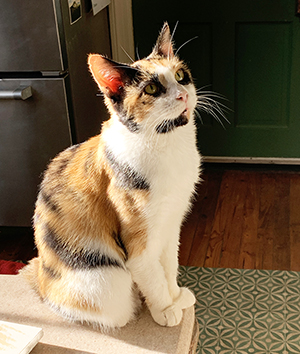 We want to be surrounded by things of beauty. That’s why we adopted two more housecats recently: Cora, a calico, and Otis, a blue. Jill said she needed a couple of lap cats because our other cat, Paisley, is too independent. Both of the newbies fit the bill, crowding Jill on the couch every night. Otis is a big boy with a placid temperament and a nearly imperceptible purr. Even though he’s gentle and affectionate, it appeared he wouldn’t be adopted because he’s older. Cora is like the Queen of Sheba, thoroughly entitled, assertive, and gorgeous. 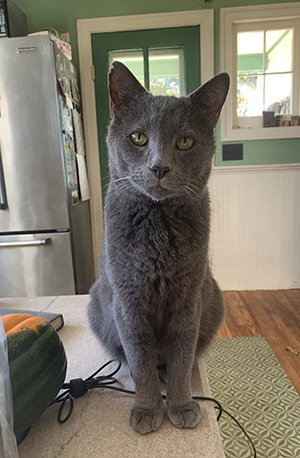 Our bassets, Masie and Oliver, quickly accepted the newbies and now pretty much ignore them, despite the heightened cat activity: lots of galloping up and down the stairs. Otis is in the habit of sniffing out leftovers on the kitchen counter. Cora inserts herself between me and Jill every night as we go to bed. Jill couldn’t be happier.

Which is a good thing because she’s had a tough time. You’d have to live with her to see exactly what that entails. Actually, if you saw her, you’d be amazed at how good she looks. It’d take you a while to notice that she’s losing nouns, short-term recall, concentration, and so on. Is it the medication or the cancer? Both? Last week we tried to watch “Super Nova,” a Netflix movie about a late-middle-aged couple (Stanley Tucci and Colin Firth), one of whom is declining rapidly with dementia. They talked about many of the things Jill and I talk about–end-of-life things: arrangements, contingencies, fears. It was too close to home and Jill started weeping. I quickly turned it off.

As brave as she’s been, she’s more fragile than she lets on.  She’s still working part-time, counseling clients online. But, come January, she’ll “retire” and apply for disability. The sad thing about disability applications is that, even if you’re approved, you have to wait two years before you can qualify for Medicare. Why two years? You figure it out. American healthcare–a wholly commercial enterprise–is a shameful travesty.

Jill had a bad bout in August and it turns out it was Covid. She’d been vaxed but her immunity is severely compromised. What’s hard for me to fathom is the kind of daily pain she lives with. She takes an assortment of pills but they only keep the pain at bay; they don’t ever quell it. When things get worse, the pills will get stronger, of course.  Right now Jill’s waiting to get an MRI to determine if the cancer has reasserted itself in her liver. Her elevated numbers suggest there’s a problem. Our insurance company (Cigna) has denied the doctor’s request because MRIs are really expensive.  Round and round we go. 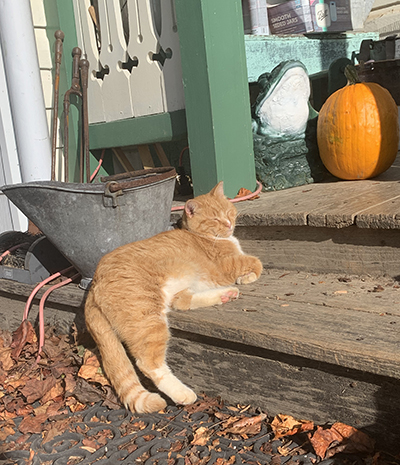 Jill is desperate to stay in control of her life and I am desperate to make her life easier. But sometimes I make decisions without consulting her and this undermines her autonomy. So we often argue. Also both of us are distracted, which means our communication isn’t always as clear as it should be. Sometimes, in frustration, I’ll complain: “You’re not listening!” Or more to the point: “You’re not hearing me!” And Jill, in her turn: “You never listen!” Back and forth. Recently we were arguing in the car, on our way to her monthly oncology appointment, when she burst into tears and said, “We’re so passionate–there’s so much we care about, so much we share–I don’t want to die!”

It’s hard to be philosophical. You, me, any of us, could die tomorrow. Would that we could be more accepting of the inevitable. But it’s a different challenge when you know the limit of your time, when at best you’ve got three years to live. If you’re of a certain age, you’ll remember a TV show called, “Run for Your Life,” starring Ben Gazzara, about a man who’s diagnosed with an unnamed condition that will kill him in less than two years. So he travels the world for adventure, to make the most of his time. A fantasy, yes. If I were terminal, the last thing I’d want to do is leave home. 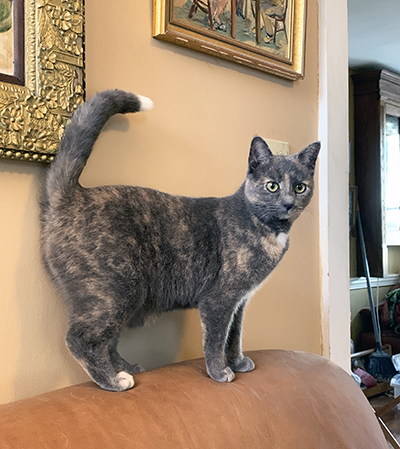 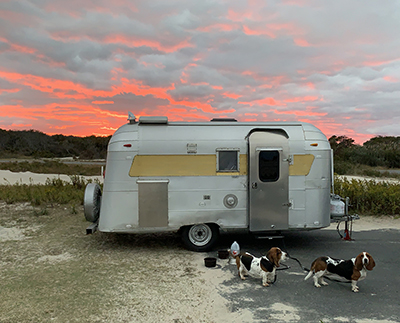 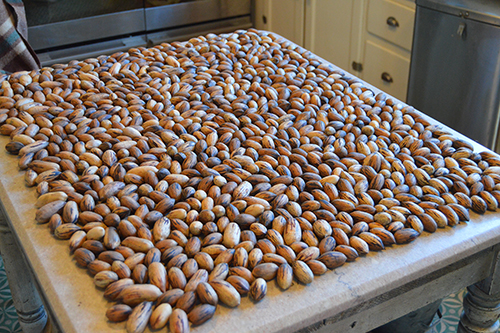 Jill feels similarly. We’re trying to make the best of home, improving our rag-tag farm bit by bit. However, we did get away in our antique travel trailer–with Maisie and Oliver–at the end of October and had a splendid time at Assateague National Seashore. Beautiful weather, few people. Last week we spent the day cooking on Thanksgiving. We love cooking together, with the TV on (usually a DIY house show), the dogs asleep under the kitchen table, and the cats perched here and there and staring with interest. The special treat this year was a homemade pecan pie, made from pecans we picked on the Eastern Shore–in a secret place we know of that has two giant, untended pecan trees. So much to share, so much to enjoy still!

If you can help with Jill’s medical expenses, here’s a link: