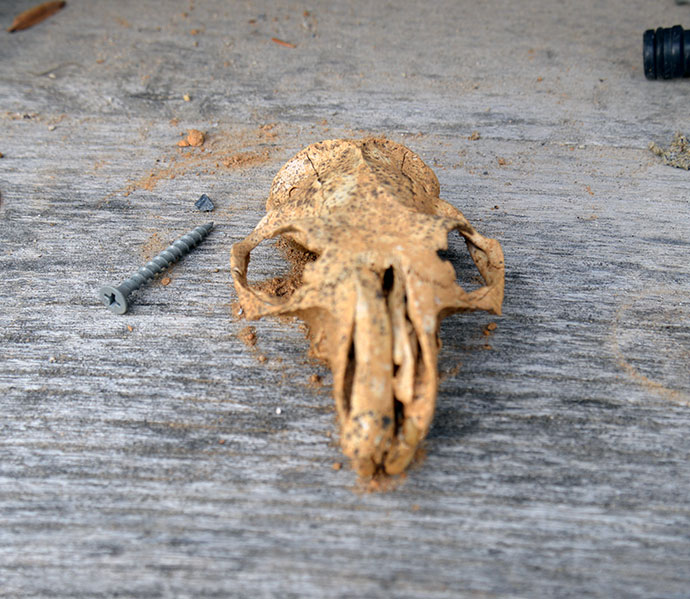 11 Dec A Scream in the Night

Jill and I were making dinner last night when we were startled by screaming from our western field. Neither of us had heard anything like it. It was so high pitched and piercing, I was convinced it was a large bird of some kind, maybe in distress. A loon? No, Jill said, loons live much farther north. She wondered if it was a vulture: do they scream when injured? An artifact from our farm house

We agreed that it sounded like distress. So I took a flashlight and walked out to investigate. It was a balmy, moonless night. I love walking the farm at night. When it’s clear, we have a pretty good spray of stars–not quite the Milky Way but good enough to make you feel you’re in the pocket of the universe. Another artifact, many years old

The scream continued at intervals. I pictured a large injured bird, though I couldn’t imagine what kind. It struck me that it would be as tall and broad as a penguin. But maybe it was an injured badger or . . . something like that. It was as though the animal were launching its scream, from high pitch to higher, as one would launch an emergency flair. As I approached, I saw that I’d have to walk over the neighbor’s field, mowed to stubble for winter. I wasn’t scared because, before I’d get to the creature, I’d have plenty of distance between it and me–and a huge field to run through, if I needed it.

I could hear passing traffic on the nearby road, a quarter mile behind me. The bluish smudge of light on the horizon indicated Reisterstown and what we consider civilization. How could Jill and I live such a sheltered life that we didn’t know the origin of this strange sound?

When I walked deeper into the dark field, my flashlight swinging big yellow arcs ahead of me, the screaming stopped. I paused to listen: a quiet night now. As I and could sense that the screamer had flown. Returned to the barn apartment a few minutes later, I did some quick research online and learned that the source of our nighttime scream was none other than a fox. What we heard is called “the vixen’s scream,” and it’s usually associated with mating, and indeed we’re about to enter the fox’s mating season: winter. So Jill and I learn as we go. We’ve been told that foxes, raccoons, skunks, and snakes will come in abundance once we have our chickens and ducks. But now our farm is fairly calm and quiet but for the meowing of our four rambunctious barn cats, who gambol and frolic around us every time we’re walking the property.

Next post: details about our work on the farm house.