28 Oct Our Third Autumn On the Farm

Jill and I have just learned how to can fruits and vegetables. You know, you put lidded, Ball jars into a big pot of boiling water? It was intimidating at first but all you have to worry about is that the jar-tops seal: they’ll let you know, by making a popping noise; then you finger the tops to make double sure. 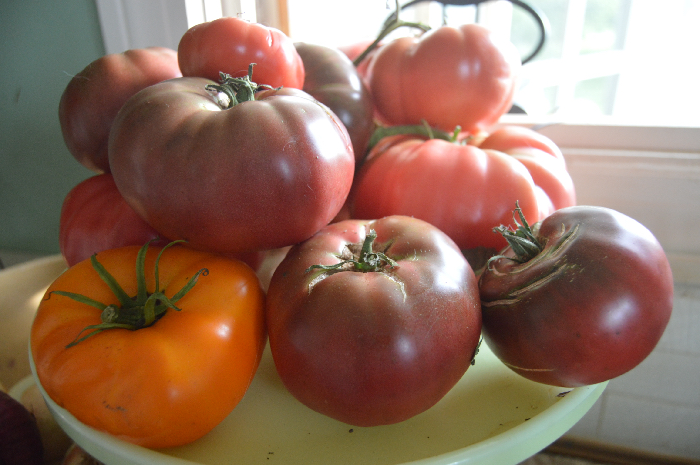 Our canning adventure started with tomatoes: what do you do with all of those tomatoes? While the insects ate our broccoli, cauliflower, Brussel sprouts, and kale down to the dirt, none of them touched the tomatoes. Maybe it has something to do with tomatoes hailing from the poisonous nightshade family. Whatever the reason, we’ve had heaps and mounds of tomatoes. And they’re still coming.

So, now–sitting on the same antique shelves in the basement that the old farmer’s wife used–we have rows and rows of canned peaches, apples, tomatoes, and blackberry jam. 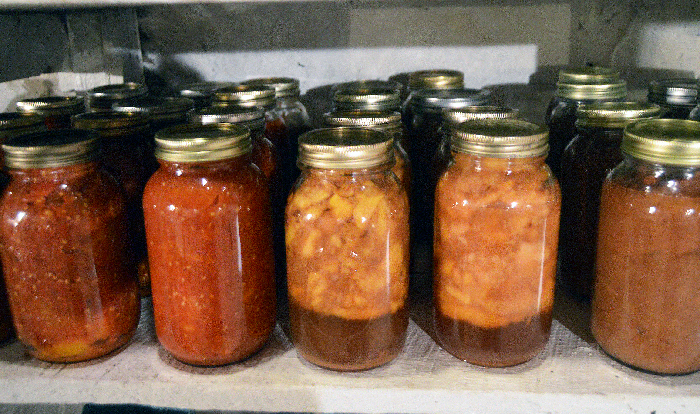 In anticipation of more canning, we planted our orchard last month: apples, peaches, apricots, and cherries. Then, on a recent field trip, we came across a pair of huge, old pecan trees and spent forty minutes filling bags with pecans and decided that we need a couple of pecan trees ourselves. So that’s on the list. I had no idea pecans would grow in Maryland. But, lest you forget, we are a Southern state. 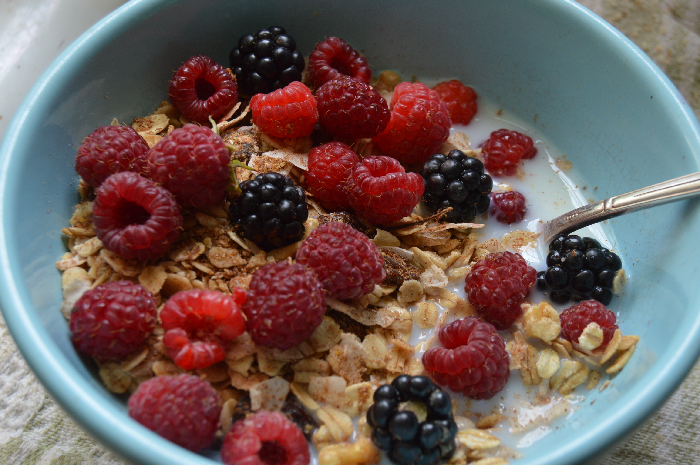 Berries from our fields–they came late this year.

Autumn is deep-discount sales season at nurseries–half or more off of trees and shrubs. So we’ve been buying lots of those, which has compelled us to do more landscaping. You can’t plant trees or shrubs without landscaping; and you can’t landscape without a plan, which means creating beds and paths and so on. That’s a long way of saying we haven’t been working on the house. But we’ll get to it after the cold weather hits us. 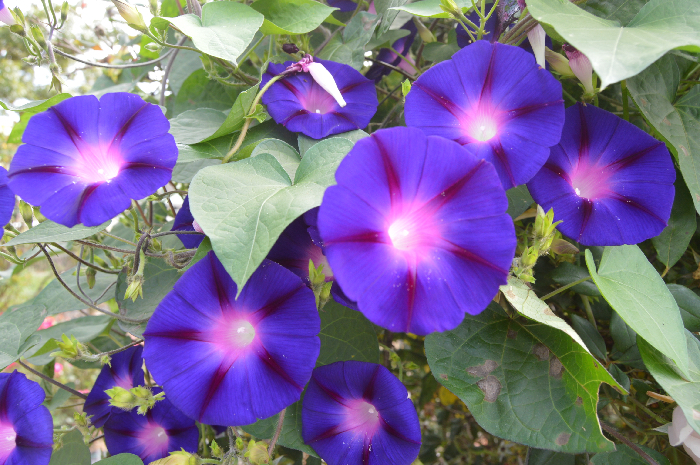 Every night at about six o’clock, our eight barn cats gather outside our kitchen door in anticipation of dinner time: they remind me of juvenile delinquents hanging around a street corner. When Jill strides out, they parade behind her, down to the cat house, tails high. Canned food once a day keeps them tame. Our two kittens are nearly full-sized now–bigger than their mother. 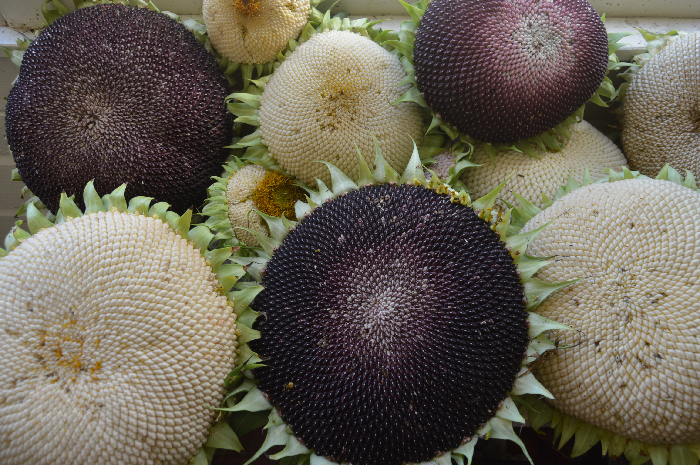 The snakes have kept a low profile this season. We haven’t seen the big black snake since early spring. However, not long ago, we did see the big milk snake (3 feet) climbing up the basement wall. Jill dared me to touch him. And I did. As for other animals: one of our foxes got flattened on the highway out front. We don’t know if it was male or female. Our other fox is very much present, yowling for a mate as the weather cools. Fox screeches put Sadie, our big dog, on alert: she’ll bark and bark into the night but never does she leave the safety of our farm lane to pursue a fox.

Our most exciting visitor is a barn owl. We knew he was around–he dived at me the first month we were here–but, until recently, he was only an occasional visitor, preferring the forest behind us. Now we hear him in the side yard at night, calling the iconic owl hoot-hoot-who-hoot! Just in time for Halloween. 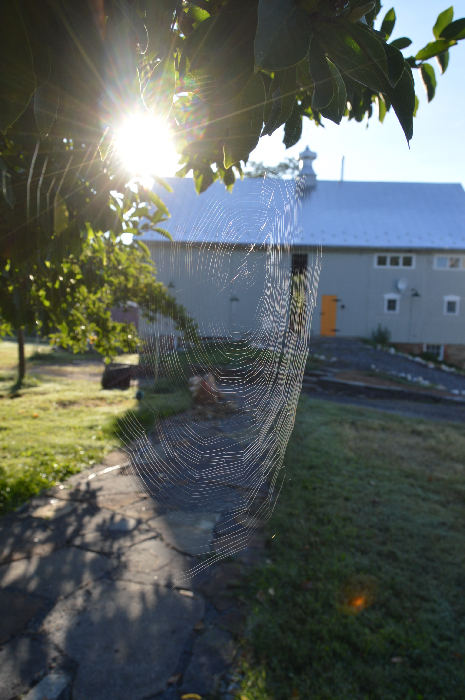